Almost Banned from Midyear Meeting. (and then quarantined because of it)

On March 12, 2020 The New York Times reported: “Turmoil and anger spread across Europe on Thursday after President Trump abruptly blocked most visitors from the Continent to the United States to curb the spread of the coronavirus. Mr. Trump’s 30-day travel ban, announced in a prime-time address Wednesday evening while most Europeans were asleep, began causing shock waves even before the sun rose across the continent.”[i]

I was among those up before sunrise in Helsinki, Finland on Thursday, March 12, getting prepared to go to the airport to fly to Chicago for the AIS Mid-year Board meeting. As I opened my eyes at 3:30am, my inbox was full of messages from fellow Board members awaiting me in the U.S. The ban, I anxiously read from the news, was to come into effect the next day at midnight. If my flight was on time, I could still enter the U.S. I stormed to the airport with my luggage without knowing whether I was actually going to travel or not. After a long wait, representatives of my airline, SAS, explained that since my flight from Helsinki to Chicago remained scheduled, I would not receive a refund if I decided not to go. They also said they could not guarantee that my return flight on March 15 ˗ or any flight from the U.S. to Europe after March 13 ˗ would be carried out.  Thus, it was possible I might get stuck in the U.S. for an indefinite period of time.

I had ten minutes to make the decision before boarding began: would I go or stay? Had this been a holiday trip or a regular conference trip, I would have stayed home, no doubt. But this was my first AIS board meeting ever. I had been looking forward to this face-to-face meeting since my election to the Board in October. How could I miss this now, on such short notice?

At that point, a family friend from California texted me: “If you get stuck in the U.S., you can stay at my house as long as you need to.” That sealed the deal for me. “Boarding completed,” the cabin crew soon pronounced – the plane was half-empty. As I was crossing the Atlantic, I worried about meeting the American participants in the Board meeting. I knew it would be only five of us physically present. I did not have any flu symptoms, and I had not been near any sick person. I wore a mask throughout the trip. Finland was not among those European countries that had many cases. I was still anxious that no one at the AIS Board meeting would want to talk to me or be anywhere near me – and I wouldn’t blame them.

[i] Chaos in Europe, and Anger, Over U.S. Travel Ban to Curb Coronavirus. The New York Times, March 12, 2020, available at https://www.nytimes.com/2020/03/12/world/europe/europe-coronavirus-travel-ban.html 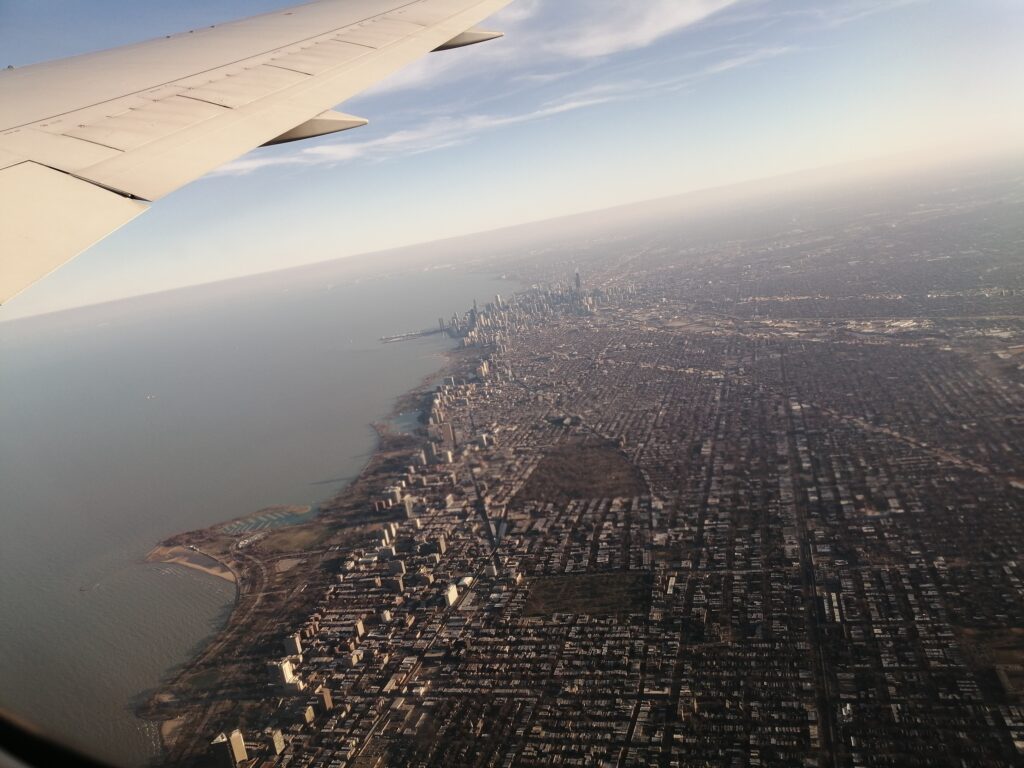 As soon as I made it to the Chicago hotel, however, I was greeted with extraordinary kindness by the other Board members, warmly welcoming me to stay with them in case I was not able to get a return flight to Europe. We stayed in our quiet hotel and its surroundings without wandering to the crowded city center of Chicago. We wanted to protect others and stay protected. Around us, there was a hostile world, with Americans, Asians, and Europeans arrogantly blaming each other for everything corona-related, rather than trying to think of a solution together. Meanwhile, there we were, in a tiny hotel in the suburbs of Chicago, all on the same side, wondering how interdisciplinary research could help the world move past this and other complex challenges as a joint effort.

Throughout the meeting, I was receiving updates from my airline. First, they informed me what I already knew: my return flights had been canceled. I was rerouted via Copenhagen – but then I read in the news that Denmark had closed its international borders. I was already expecting the next message: that my rerouted flights had been canceled as well. I received no further notice regarding my flights; instead, I was informed that my airline was laying off 95% of staff and canceling a similar amount of flights.

These challenges notwithstanding, I was determined to stay focused on the Board meeting. After all, it was the reason I had dared to travel in this crazy situation. Instead of sleeping at night, I stayed up reading news and updates from embassies and travel agents, so that I could spend my days focused on our work. By the last day of the meeting, after several sleepless nights coupled with a jetlag, I was far from the positive energetic person I usually am. My colleagues in the Board cared for me. James Welch, President of AIS, repeatedly asked me if I was ok, how my situation was evolving, and if I needed anything. Somehow, James smoothly managed to make sure I had both the chance to speak whenever I had something to say, and the chance to withdraw from the conversation whenever I was too overwhelmed with my travel situation.

Just as the meeting was coming to end, my airline surprised me with another message, telling me I had been rerouted again, this time via Brussels and Stockholm. The next day at the airport, these flights were still appearing as scheduled. But I hesitated, as newspapers in my country were reporting about Finns not being able to return home from different destinations around Europe. What if I got stuck in Brussels during my layover? At this moment Machiel Keestra, Dutch AIS Board member who was returning home from Russia at the time, told me I could stay with his family in Amsterdam – there were still trains running between Belgium and the Netherlands. Machiel’s kind offer gave me enough courage to board that plane to Brussels. 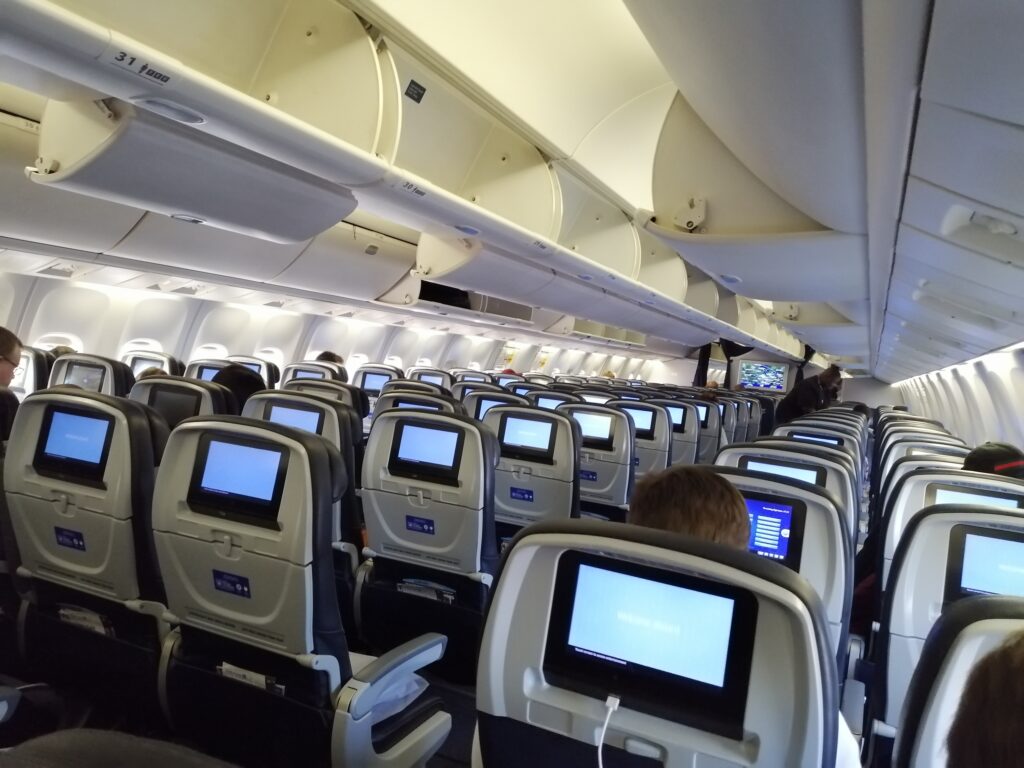 As I sat on the plane and watched the lights of Chicago fade in the distance, it hit me how incredibly lucky I was. Lucky, because I had such amazing colleagues helping me, supporting me, even openly welcoming me into their very homes in times like this. Restrictions and travel bans often provoke understandable fear and prejudice against people who look and sound different from ourselves. It was obvious that this pandemic would affect human relationships and how people from different regions perceive and treat one another. But after this trip, I was convinced that such silos would not come to exist in communities like AIS.

I also realized I was lucky because no one among my family or colleagues had symptoms of Covid-19. During this trip, I had become increasingly aware that it is a very serious, global threat, and to prevent its spreading, it was and is necessary to restrict traveling. I still think virtual meetings cannot replace face-to-face interaction. But I also became convinced that strong connections such as those that we have at AIS will not be lost if one or several face-to-face meetings need to be postponed or canceled.

Having landed in Brussels, I cautiously waited for updates regarding the leg of my journey. With most flights appearing canceled, mine were miraculously not. I made it to Stockholm. Then, I made it to Helsinki. As I landed, I again discovered my inbox full of messages from other Board members. It turned out we all had made it home safely. I missed everyone already.

My husband picked me up from the airport, and my whole family was home-quarentined for two and a half weeks due to my travel abroad.

A few weeks after I returned from Chicago, I learned I had received a scholarship for two years at NYU. This has been postponed for now, due to the pandemic. But I remain positive and grateful – for the good health of everyone, and for the opportunity to continue collaborating with warm-hearted and open-minded colleagues like those I have the pleasure to know at AIS.