The reflection in this article was spurred by a recent interaction with a colleague in the education faculty where I work. In it, I challenge educational researchers to reach beyond (while still including) the intersubjective theoretical frameworks that predominate in education and to recognize the role of physical, biological and ecological relations in the processes we study.In other words, I ask them to adopt a more interdisciplinary perspective.  In order to prompt educators to consider these physical relations in a more systematic and interdisciplinary – and less merely anecdotal – way I, ironically, make use of an illustrative anecdote.

The ideas presented here were inspired by a brief (yet in retrospect important) interaction at a recent faculty seminar. The seminar showcased an adjunct professor’s research on online learning at the secondary school level. The adjunct effectively used intersubjective theories, in particular social constructivism and critical theory, to trace the learning, beliefs and problematic social norms circulating among the teachers and students online.

Thinking it was my duty as a professor to ask a tough question, I asked something close to my heart and those of many parents this year. Due to the pandemic, my three kids had spent months attending school online, without their usual social interaction, physical co-presence and sports. So I asked, “What about the fact that we are not just sociocultural creatures, but also organisms who require movement, physical interaction, green time outdoors, and so on to learn and develop…Have you considered these dimensions of life and learning in your theoretical frameworks and research?”

The adjunct professor answered with a respectful “no.” He was, nevertheless, able to generate many useful insights regarding online learning strictly within an intersubjective frame. A colleague of mine, however, addressed my question with an anecdote. He described how his kids were using computers and cell phones to arrange meetings with friends in local parks and forests. This happy outcome seemed to be enough, in his mind, to allay my concern about needing to be more interdisciplinary and consider physical, biological and ecological relations in this sort of educational research.

I did not pursue this issue at the time, but it stuck with me, niggling at my thoughts. Why did I consider this anecdote to be unsatisfying as an academic answer? Having thought about it more in the past few weeks, I believe I can articulate a reason.

Essentially, anecdote is not enough — at least not enough for good academic research. What distinguishes academic research from other sorts of everyday human thinking is being much more reflective, critical and systematic, drawing upon relevant theory, methods and literature (Dewey, 1910). This can provide us with a deeper understanding of issues and helps to protect us from the dangers of over-simplifying, over-generalizing and being insensitive to context.

To illustrate how anecdote is insufficient, and how interdisciplinary approaches are required for many complex, real-world contexts, please consider the following fictional example — which I admit may itself be considered anecdotal or analogical. Imagine a researcher examining an online teacher technology integration forum, to study whether and how transformation in thinking and practices occur, as well as if a recognizable community of practice takes shape among the diverse group of participating teachers. Now imagine that this researcher is asked whether he takes into account feminist or racialized discourses when analyzing the data. Now imagine that he answers with an anecdote along these lines: “No, I did not. I have woman and non-white friends, so I am not biased. And many of the participants were women and/or from indigenous, African or Asian backgrounds. So I don’t think that those theoretical perspectives are relevant.”

Is this researcher’s anecdotal answer enough to dismiss the relevance of these perspectives? Not in a study that purports to be academic! Given what we know about human interaction, especially in relatively anonymous online forums, it is likely that these discourses will be relevant. Drawing upon them would give us a deeper, more sensitive and better understanding of what is going on in this forum. Of course, not every study has to adopt every possible theoretical perspective when examining its data. But as academics, we have a responsibility to take a more considered approach and make links between what we are studying and wider theory, methods and literature.

This brings me back to the first anecdote I related, which my colleague apparently used to dismiss the need to link an online education study to the wider theory and literature on movement, biology, physicality and ecological relations. I acknowledge that a researcher might chose, pragmatically, to focus on intersubjective or sociocultural dimensions, rather than movement, biology, physicality and ecological relations. But they should at least acknowledge their potential relevance and not dismiss them on the basis of personal anecdote.

Indeed, more and more educational researchers are employing theoretical frameworks that embrace not only intersubjective factors but also biology, physicality and ecological factors — what Bruno Latour (1996) and others sometimes refer to as interobjectivity. I also think about it as interdisciplinarity.

This is no return to traditional western objectivity and essentialism. Rather, these researchers are asserting that learning, knowing and practice are shaped not only through human interaction and culture, but also through relations among biology [eg neural diversity, viruses], artifacts [eg pencils, computers and other tools], movement [eg in classroom spaces, dance and sports] and ecology [eg other species, our own evolution and pollution]. These factors need not be mere inert backdrops in educational research; they can become part of the foreground.

Specific researchers with whom I am familiar include Davis and Sumara (2007), who use complexity science as an ‘umbrella discourse’ to negotiate the influences on human learning, from the cellular to the social; and Fenwick, Edwards and Sawchuk (2014), who have articulated and employed ‘socio-material’ approaches encompassing cultural historical activity theory, complexity science and actor network theory to explore both the intersubjective and material or physical dimensions of learning.

So, how might I have responded in the faculty seminar I described at the start of this commentary, had I then had the benefit of these reflections? I would have said a) that the adjunct professor’s intersubjectively-generated insights were quite valuable, b) that it was great that—for my colleague’s children at least—increased time online did not lead to less physical activity outside, but also c) that such singular anecdotes are not enough; in effect, they shut down the insights that could be offered by other disciplinary perspectives.

Movement, physical interaction, green time outdoors, and so on are likely quite relevant to studying online learning among our increasingly inactive and physically isolated children. As academic researchers, it is our duty to go beyond anecdote and draw upon relevant theory, methods and literature — even if it requires us to move beyond (but not let go of) the intersubjective concepts with which we are most comfortable. By doing this, we can take a more interdisciplinary, systematic, critical, reflective, progressive and socially-valuable approach to the educational phenomena that we study.

Angus is in the Education Faculty at the University of Ottawa, although he wishes he were in an all-Interdisciplinary Faculty. Before professing, he was an entrepreneur. His research interests complexity science, interdisciplinary theorizing, socio-material learning theory and interprofessional health teamwork. 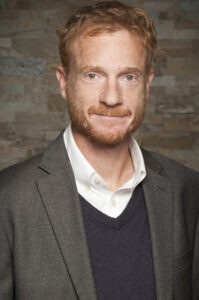