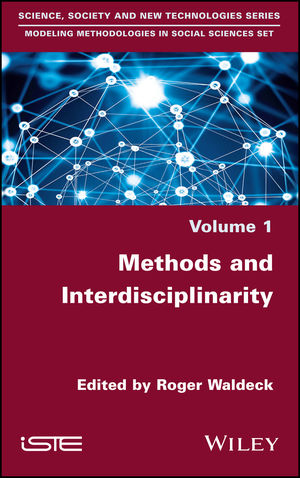 There is a parallel universe in which scholars talk about interdisciplinarity in a way that would resonate at an AIS conference, but these scholars seem unaware of the sizable body of scholarship produced by members of AIS (or the other organizations we collaborate with internationally). That sage and happy parallel universe is apparently called “France.” And knowledge of that universe has been beamed to us — in English! — in Roger Waldeck’s edited Methods and Interdisciplinarity (Wiley, 2019). Interdisciplinary scholars apparently gather in that universe in a small annual conclave (Interdisciplinary Meetings on Natural and Artificial Complex Systems) at Rochebrune, a village in the French Alps. This book is a result of this conclave in 2018.

The remaining chapters address a wide range of topics, with uneven attention to interdisciplinarity. The organizers are to be applauded for having gathered such a diverse group, with representation from several disciplines in both natural and human sciences (including computer science, genetics, complex systems, anthropology, geography, and philosophy). The second chapter reviews the challenges and opportunities of introducing computing science techniques into geography, a field that has been revolutionized by GIS in recent decades.

Jean-Pierre Müller, in “Conceptual Modeling and Multidisciplinary Dialogue” (45-68), draws some very detailed formal diagrams in Unified Modelling Language to describe how different disciplines look at a particular pepper from Madagascar. This is one of the better examples of conceptual mapping I have seen. Yet Müller does not wish to combine the diagrams. Müller has also developed a set of colour-coded tokens that research groups can use to model processes. [This graphic reminded me of the CoNavigator techniques developed by Katrine Lindvig and colleagues: see https://i2insights.org/?s=lindvig]

Vanesse Labeyrie, Sophie Caillon, Matthieu Salpeteur and Mathieu Thomas, in “Network Analysis: Linking Social and Ecological Dynamics” (69-98), discuss how network analysis can be employed for society-environment interactions. They discuss society-society, society-environment, and environment-environment interaction. This chapter provides a very good introduction to the types of nodes and links addressed in network analysis, with lots of diagrams. Network analysis is then applied to two quite different case studies: the distribution of agricultural seeds in Kenya and agricultural practices in Vanuatu. This chapter contains many useful insights, though it could have benefitted from familiarity with the work of Dan Stokols and others in social ecology.

Roger Waldeck, Sophie Gaultier Le Bris and Siegfried Rouvrais, in “Interdisciplinarity and VUCA” (99-116) define VUCA as volatile, uncertain, complex and ambiguous situations. The term apparently emerged in military circles in the early 1990s. The authors describe in detail how this term has come to be used differently in different disciplines over the last decades. They recommend, but do not attempt, a common definition for interdisciplinary purposes.  They thus appreciate in principle the interdisciplinary strategy of “redefinition.” The succeeding chapter looks at how engineering students (and perhaps others) might be trained to cope with VUCA.

It is comforting that similar analyses and conclusions can be seen throughout this book to those regularly pursued by AIS scholars. This parallel is an important form of scientific confirmation. It is at the same time disheartening that the authors seem unfamiliar with the wider literature on strategies for interdisciplinary research. The diverse contributors do cite a wide range of French and other European (including British) scholars. The book thus advertises the value of the sort of international collaboration that AIS has been pursuing for decades. We should perhaps send an embassy to the French Alps…..